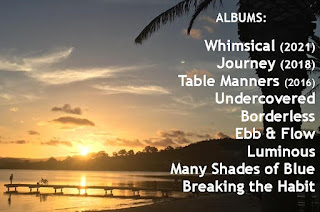 Maureen has recorded 10 albums - only 9 have been released.   Additionally she has written scores of original songs for her various stage productions and cabaret shows over more than a decade.  Some of these you can hear on her Sidestep Comedy channel [see link bottom of page] where they have been re-used for those sketch-comedy videos.  [who knows, perhaps one day they may actually become part of an 11th album!]
The Whimsical album and some tracks from other albums may be heard on most online streaming platforms, as well as on her *Website *Reverbnation page and *YouTube channel 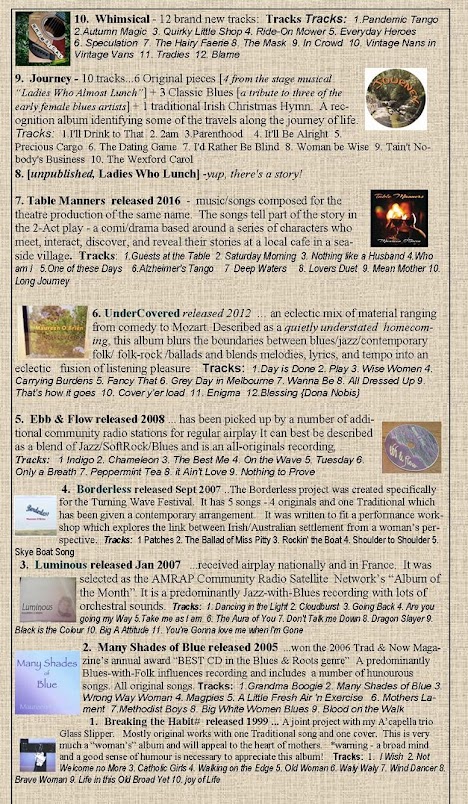